This month brings with it, packing and a new creation of sorts.  Building a forum of my own.

After such a sad start to the month as in my earlier post, I needed something to dive into that didn’t need too much effort.  I’m also involved with another forum right now.  FoxyRoxyLinux Distro now in development.  When released it will be amazing.  More on that another day.  After thinking about it for a bit, I thought why not have a  play in creating one for myself.  One way to increase my knowledge on forums is becoming the founder of my own. Best way to learn more is to stretch what I already know further and  just do it.

Being an Admin of a couple of forums is one thing.  Being the founder and having complete control is the only way to really increase my knowledge.  I can experiment to my heart’s content, until I’m satisfied with the look.

I don’t want the confines of another persons rules. 🙂 If I screw it up then it’s my fault. I’m also in the process of packing getting ready to move it’s nigh impossible to concentrate on any one thing for too long.

I’m hoping it will add another dimension to this website. It;s just for a bit of fun. Right now while I’m madly packing up my house to move in December.  I required a small challenge to take my mind off packing and other recent events.  I needed something that I didn’t have to think to hard to put to-gether.  Once the basis is up I hope to make it something worthwhile.

Not really worried if it doesn’t work as it’s FREE 🙂 and a bit of fun. 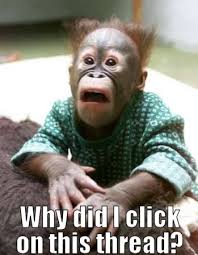 There are a couple of other candidates and they offer a little less in some areas and a little more in others. Mainly I wanted a Free Hosted service with No Ads.  This is very hard to find.  At present http://www.Freeforums.org do offer for 5 users with no Ads.   I’m not sure how long that offer is valid for.  Anyway it’s where I have begun.  The other potentials are http://www.forumotion.com and http://www.proboards.com.  the latter two have Ads for everyone on the Freebie.

Good or bad we will soon find out. It’s an experiment in progress and you can browse without having to sign -up.  However if you wish to post you are then required to register.  Registration is free. You can look at it here. If you have any ideas or suggestions let me know. I’m still tossing up between http://www.forumotion.com and http://www.freeforus.org. I will do side by side for a while to decide. Plus for forumotion better formatting.
If you have never been on a forum it’s a great place to gain information.  Gain knowledge on areas you need help in or help others who have issues you have the answers to.  Pretty much there is a forum for everything these days.

You are as anonymous as you want. Or be whoever you want.  If you are shy it’s a great place to strike up friendships in a safe environment.  All forums I’m involved with to date are safe.  This is true for most forums and if you are careful to obey the rules and not be silly with your information you won’t have any issues.

Please remember not everyone is genuine on forums.  So why do it well for me it’s another way of expressing myself and what I love and enjoy doing.  If you have a peek you can read more on why I decided to go ahead with this.  I have made some wonderful friends who share my common interests.  If this doesn’t work out I’m still part of a team on other forums where I can still have fun.

If you get a message saying it’s unavailable sorry. Right now I’m doing some construction work.  Browsing could be unavailable.

This will only be a temporary issue.

Well finally Linux Mint 13 has done an about-face and decided to go back to the original Desktop foundation.

Hooray is all I can say. It’s not that I don’t like change. I love a streamlined desktop with all the buttons handy and not have to dig and search for them.
I want my desktop slick and fast.

Gnome 3 while quite beautiful seemed bogged down and  memory hungry by comparison to it’s predecessor.

Here’s a great article on the PCLinuxOS Magazine site.

For those of you interested have a look at what the Gurus at  PC World have to say.
More reading here from another perspective.
Gnome 3 This is the end it seems.

If you want to know more about Linux Mint 13 Maya

Okay now I’ll be honest, I love to build and tinker with various hardware & software. Currently I’m running Linux Mint 11 & 12 in all blends on various PCs & laptops. Along with my new project building my Dream HTPC unit.

I plan to upgrade to Mint 13 has long-term ongoing support.
I’m happy to hear that.  Well I’m off to experiment 🙂 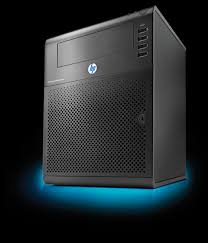